Kristina is also a litigation attorney, with an emphasis on the representation of plaintiffs in professional negligence and injury claims. She has handled medical malpractice, nursing home neglect, dental negligence, dental assault, and general tort claims with superb results. Kristina has also represented plaintiffs in wrongful death claims and wrongful termination. She has had success in jury and bench trials, as well as the state appellate court. She has worked with her husband, and partner, Michael Fluetsch since joining his practice in 1999.

Kristina received her Bachelors of Science degree in political science in 1991 from the California State University at Northridge. She attended the accelerated S.C.A.L.E. program at Southwestern University School of Law in Los Angeles, California, earning her Juris Doctorate in two years in 1993. She received two American Jurisprudence Book Awards in the areas of jurisdiction and business transactions. She has been admitted to practice in all California State Courts, the Federal District Courts and the Ninth Circuit Court of Appeals since 1993. 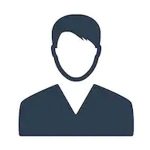